Finding the right life insurance company can mean saving a lot of money on your premiums.

Not only do companies specialize in different types of insurance policies, they can also focus on selling to specific demographic groups or areas of the country. 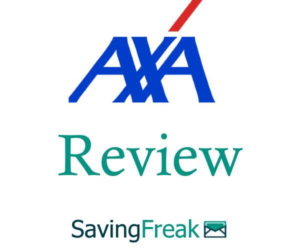 AXA Equitable Life Insurance started in business back in 1859.

The founder, Henry Hyde, worked at the Mutual Life Insurance Company of NY and quit to start his own company which he named Equitable Life Assurance Society of America. Within ten years of opening for business, growth had exploded with more new business coming in than any other company globally.

Growth continued and allowed Equitable to build new headquarters near Wall Street. Although commonplace today, in 1870, a skyscraper complete with elevators made quite an impression. This building was further expanded and was, at the time, the tallest building in the world reflecting the growth and ambition of the young company.

The building later burned down in 1912. Equitable shifted base to the Equitable Building on Broadway.

By the latter part of the 19th century, Equitable brought the very first joint/survivor annuity to market. This same period saw the first female agent employed, which was at the time another demonstration of the progressive nature of Equitable.

Equitable underwrote policies for US government employees working in war zones as WWII broke out. Through the WAEPA, policies were provided to workers of fully 40 agencies. Surprisingly, by 1945 there had been only 24 death claims made which prompted Equitable to return around one-third of premiums paid to the WAEPA.

Over the following century, growth continued, and the days of Equitable as a mutual came to a close in 1992 when it became a stock company.

In 1985, the company was the third-largest US insurance provider. A real estate management subsidiary was formed to fund real estate developments with $20 billion controlled by Equitable.

In 1991, the majority share of Equitable was acquired by a French company, and the name was officially changed to AXA Equitable Life Insurance Company in 2004.

Joining the AXA Group, it became the primary insurance brand in the world for the seventh year running in 2015.

AXA has a national and international reach, and as it is a huge insurance company, you’ll benefit from an extensive range of life insurance along with a solid selection of other products as shown below.

It’s key to make sure any company you are considering taking out life insurance with is in solid financial standing. Referring to the assessment of the major independent rating agencies is the most effective way to gauge this.

While the agencies express these ratings in different terms, they range from the second highest to the fifth highest across all agencies. As the names of the scores make clear, AXA has strong financials.

AXA Financial has been Better Business Bureau accredited since 1937 with the highest possible A+ rating there.

AXA Equitable Life offers a robust selection of life insurance, so you’re sure to find something in line with your requirements and budget.

Here are the six principal types of coverage from term life to permanent life policies:

The BrightLife Term is the main term life insurance product from AXA, but it differs considerably from many of the other types of term coverage on the market.

Choose from one-year renewable coverage, 5-year, 10-year, 15-year or 20-year terms. Very few other providers offer terms as short as one year with most also offering 25-year and 30-year terms. The focus here is on shorter terms with the intention of switching to permanent coverage.

All term policies are convertible during the first five years with credits for conversions paid from premiums.

You can opt for a number of riders from disability waiver of premium to living benefit.

Universal life from AXA is labeled BrightLife Protect. You’ll get the advantages of a universal life policy without all of the usual rigidity.

Death benefits are guaranteed for 40 years or until age 90.

As with all universal life coverage, alongside death benefits, you also build cash value. This can be accessed through either loans or surrender. Loans will accrue interest and are set against the policy value.

If your prime focus is on assured death benefits rather than growth, this coverage is designed to achieve that.

Variable universal life policies (Universal Optimizer II and III) are tied to the market. You’ll need to speak directly with a company representative to purchase these policies. This is due to the risk involved.

In the optimum scenario, you can accumulate cash, and this cash will be preserved. Due to the volatility of the market, though, this is far from guaranteed.

If you’re prepared to face the risks involved, there’s the potential to reap excellent rewards with this variable life insurance from AXA.

If you want accumulation without so much risk as you’ll face with the variable policy, indexed universal life from AXA (BrightLife Grow) has a more aggressive investment component with growth in mind.

Again, this is not coverage to consider unless you’re fully prepared for the downside rather than thinking only of potential gains.

AXA offers a straightforward and regular whole life policy with the usual level premiums and a minimum death benefit of $50,000.

You will have the option of accessing cash by surrender or loans, although both death benefits and overall performance will be impacted unless you make good on repayments.

Once the policy is operational, you’ll be unable to reduce coverage, which is not a restriction in force with most other carriers.

Waivers are available as well as an automatic loan premium which can help protect you from damaging missed payments.

As long as you are aware of the restrictions with reducing your coverage amount, this is a dependable, permanent policy.

AXA offers three survivorship options, but it is vital to speak with an agent to make certain that this is the best route for you and your partner.

Alongside this broad array of life insurance products, AXA also provides different types of coverage and both investment services and advisory/educational tools.

From annuities and retirement accounts to various benefit plans and brokerage accounts, you can take out far more than just life insurance with AXA Equitable Life Insurance.

There are a ton of life insurance companies out there and you should considers multiple insurers before settling on one. These are three of the many companies that compete with Axa:

Axa brings a strong financial rating, a solid product offering, and a good reputation in the life insurance industry.

This makes them a good option for anyone thinking about buying a policy, if they have the best premium rates.