Life insurance companies seem to be a dime a dozen. The problem is deciding which one is right for your needs.

This review of Guardian Life will detail the the company and its financial ratings so you can decide if they are the one for you. 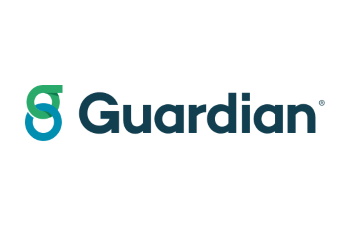 Guardian was founded in 1860 by Hugo Wesendonck, a civil rights lawyer from Germany. The company was initially called Germania Life Insurance Company and opened on Wall Street with start-up funding from German refugees.

A group of 21 businessmen raised $200,00, which was double the minimum amount required by the state of New York at the time for starting up an insurance carrier. The commitment to financial strength endures to this day.

The initial company focus was on helping German immigrants who were arriving in the US en masse and required some form of life insurance coverage.

The first branch outside New York was opened in 1862 in San Francisco, and expansion continued throughout the country.

By 1968, Germania started an agency in Europe, and during the second half of the 1900s, nearly half of its business was conducted outside the US. Only the conditions brought about by WWII put a stop to business in Europe.

In the early 1900s, the company name was changed to Guardian Life Insurance Company of America. By 1911, their headquarters moved to Union Square.

This remained the active HQ for 85 years until their relocation in 1999 to Hanover Square in the Financial District where it remains the center of operations today.

1979 saw a period of regionalization, and the opening of satellite offices from Pennsylvania to Washington and Massachusetts began.

Expansion has taken place on many fronts. The company has acquired multiple insurance carriers over time. New products have been added to cater for both protection and wealth expansion.

Guardian Life Insurance Company is listed as a Fortune 250 global financial services company due to both the scope of operations and also financial health.

More than 3000 agents sell Guardian Life products throughout the US today.

Acquisition continued throughout the 2000s. Guardian acquired First Commonwealth, Premier Access, and Avesis from 1999 through 2016, leading to the company becoming the sixth largest American dental provider.

Acquisition of the Reed Group in 2012 saw an expansion into managing employee absence and human resources in general.

With a 65% stake in RS Investments acquired in 2006, services are provided to high net worth individuals, investment companies, and banks through RS.

Park Avenue Securities is a full-service broker-dealer established by Guardian in 1999.

With $82 billion in assets under management in 2015 and $565 million of insurance in force that same year, over $5.5 billion in benefits were paid out to policyholders.

Dividends of $838 million were paid out, while $19 billion was collected in premiums and deposits. The company remains an insurance giant and is still a mutual company.

Ratings from the independent agencies place Guardian Life very highly regarding financial strength and the likelihood of paying out claims in a timely fashion.

Accredited through the Better Business Bureau since 1957, the A+ rating is also the highest given, showing an across-the-board vote of confidence in Guardian Life.

As with all term policies, Guardian Life term coverage gives you death benefits without a cash component leading to cash value building up. The result of this reduced coverage is affordable premiums bringing term life insurance within reach of most customers.

This coverage comes in useful if your need is temporary, for example paying off a mortgage.

You can choose from a range of riders to add a degree of flexibility to this policy with no need for a subsequent physical exam.

You need to speak with a company advisor to take out this policy.

Whole life policies add an investment component to death benefits, which leads to the accumulation of cash value.

Guardian Life tends to promote permanent policies over term coverage, so if you deal with the company directly, be aware of this and don’t be swayed into whole life insurance unless it makes sense for you.

While objectively superior coverage, this is only the case if you know you can afford to maintain premiums.

As the name makes clear, this policy is intended to last the entire life of the policyholder. Cash value grows at a predetermined rate of interest. Tax is deferred until funds are withdrawn. If you borrow against the cash value, as long as you pay the premiums, the loan can be tax-exempt.

Premiums are guaranteed and cannot increase.

You’ll be able to borrow against the cash value portion of your policy and, since Guardian Life Insurance Company of America is a mutual, there’s also the possibility of receiving dividends.

With Guardian Life’s universal life coverage, you’ll be covered for the duration of your life with cash value accumulating that you can take advantage of while you’re alive. Unlike term coverage, this policy stays in force and leads to a tax-free sum for your beneficiaries.

Unlike whole life, where the level premiums and guarantees mean you need to pay every month, with universal life coverage you’ll get a little more flexibility.

You can raise and lower premiums while still leaving the cash value building with the same potential for growth. This can be useful if you foresee changes in your income and you need more leeway with payments.

Cash value can be invested through another account giving you the chance to grow this component assuming the market performs strongly. You’ll have some degree of choice in how this cash value component is invested from multiple investment opportunities.

Unlike many variable universal life policies that pay 0% during periods of poor performance, be aware that with Guardian Life Insurance, you’ll shoulder all losses, and your principal could be diminished or even lost. Be certain that this risk is acceptable before considering this coverage.

Along with life insurance, Guardian Life Insurance Company of America has a range of other insurance policies and other products on offer.

As long as you’re aware that Guardian Life deliberately promotes permanent coverage over the more affordable term policies – on their website they use the analogy of renting a home rather than buying it – you can take advantage of a decent selection of life insurance as well as the opportunity to take out other insurance from the same carrier.

Equitrust – Suitable for a minority of candidates, Equitrust can meet your needs if they are the right price