Hide your IP with a private and anonymous connection to one of the Le VPN servers in U.S., UK, Canada, France, Germany, Australia, Chile or any of the other countries available in their network.

All plans offer the same features and the only differentiation is according to the billing period. Here’s what the LE VPN plans offer:

Le VPN provider offers three payment plans. The features across the plans remain the same, so you are essentially choosing the length of subscription you want.

The portal allows you to pay using a variety of instruments, including: 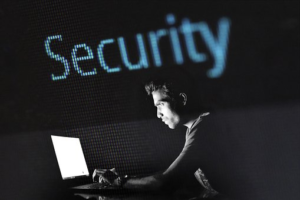 LE VPN is compatible with:

You can only install the LE VPN software after subscribing to one of its plans mentioned above. It also offers three security protocols and an unlimited bandwidth with high VPN connection speed.

When you choose LE VPN, you get access to 800 servers spread across a staggering 114 countries, including China, Japan, Germany, United Kingdom, Brazil, Middle-Eastern regions and many more areas. It has operated substantially well in regions with sensitive internet protocols like the Middle-Eastern countries.

The VPN servers provided by LE VPN are primarily located in the European and American regions and like NordVPN and ExpressVPN its customer base is primarily from these locations. Also, at any given location, you can connect to 6 VPN servers and change your IP address accordingly.

LE VPN offers a high level of encryption service through its servers which ensures your data is protected and no one can follow your digital footprint.

It’s easy to sign up for LE VPN subscription as all it asks for is your email address and the payment method through which you’ll be paying for the plan chosen online.

Once registered, you’ll receive a confirmation email from the LE VPN team with a link to a user guide that will help you in navigating the portal.

There is a dedicated page on the portal with the title ‘Support’ that guides the users through the installation process right from signing up with LE VPN. It has links to download the VPN software for different OS. Once the software is installed and you have logged in, it asks you to choose your server and click connect. Once done, you can freely use the internet for any purpose you want.

The portal also has detailed instructions on each of the devices and operating systems regarding the installation and use of the software. The website and the software both have a simple, user-friendly interface without the clutter that makes using it easy.

LE VPN originated in France in 2010. It later moved its base to Hong Kong to reap the benefits of an international location and serve a broader range of regions since Hong Kong does not have any data retention rules.

It uses a combination of VPN and a smart DNS to create a HybridVPN that essentially enhances the experience of the user in viewing websites in restricted locations.

LE VPN offers a lot of features for those who want to go the extra mile in terms of privacy along with offering the standard encryption features exclusively.

LeVPN is a popular VPN service for France and much of Europe.  Here’s what works and what does not work for LE VPN.

Living in France and want to watch your favorite shows on ABC now without having waiting until they come to France? then try out Le VPN.  Living in Belgium and want to watch the French programs that are blocked while traveling abroad? then LeVPN can help.  Lots of British, French, and US TV & Streaming Media Services become accessible through Le VPN.

Surf the Internet and download securely with a calm mind.  Having a 7-day money back guarantee see if Le-VPN meets your needs.