Vanguard is the leader of low-cost funds – funds that cost you much lower rates than the industry average. Their low rate is arguably their most significant selling point. They also pioneered index funds back in 1975.

Here are our picks for some of the best Vanguard mutual funds. 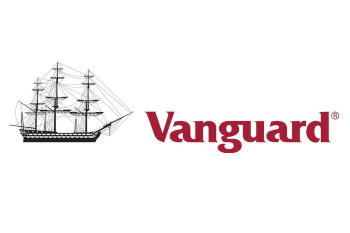 Vanguard currently has 129 different mutual funds available. They are a wide mix of funds for long-term growth and those that are dedicated to income in retirement that get lower returns but are much safer.

S&P’s 500 index, which makes about 80 percent of the total capital investible in the US market, is a popular benchmark. The Vanguard 500 index fund tracks this particular index. It’s an index that holds 500 of the most extensive stocks in the US. The fund performs the same as the S&P index but for a much lower expense ratio.

The fund’s holdings give you exposure to stocks from Apple, Facebook, Alphabet, and their subsidiary Google. As of this writing, the fund’s assets are worth $457 billion, which covers 513 holdings.

Since it keeps track of the largest companies in the US, how well the stocks will do depends mostly on the US economy.

To get started, you have to invest $3000 in the fund and pay an expense ratio of 0.14 percent. The rate isn’t the lowest in the index space, but Morningstar (whose large-blend category this fund is part of) ranks it as low.

If you opt for the admiral share variant, you’ll be investing a $10,000 minimum with an expense ratio of 0.04 percent. These admiral funds carry the lowest expense ratio.

The basic idea here is risk management. You wouldn’t want to invest in risky stocks as your retirement draws closer. Because doing that would leave you exposed to markets risks. But when you’re young, chances are you can afford to invest in risky stocks. And a fund that blends these two strategies is what we call a lifecycle fund. VFIFX is exactly that.

It invests more and more stocks at first but then moves you to a lower risk bracket as your retirement age nears. This way, you won’t lose your retirement money with a sizable market swing.

If you’re planning on buying-and-holding a couple of mutual funds and then hold them till you retire, this Target Retirement fund would be perfect for you. The fee is 0.15%, which comes to 10.28% for a 5-year average. Granted, it’s not the cheapest fund, but it is worth your while if it works well with your strategy.

Now consider the number in the title points and the year you’re planning on retiring. Why is that important? Depending upon what year you’re retiring, the fund allocates a certain percentage to both stocks and bonds. So, the 2050 Target Retirement Fund would be appropriate for someone retiring close to the year 2050.

But if you’re retiring earlier, say, the year 2040, Vanguard offers a Target Fund for you too. These funds are often a wise choice because they are what advisors call “set and forget” funds. You don’t have to actively put in the time and effort to build or manage your portfolio.

If you’re a conservative investor looking for a fund that’s not just balanced but also income-oriented, look no further than Wellesley Income Fund.

The fund makes use of bonds and dividends to provide you with a steady stream of returns. You have the option to invest in quality company stocks that pay more than most in the form of ever-growing dividends.

The total of this fund’s asset is $53.6 billion, a third of which is invested in the large-paying stocks mentioned above. The other two-thirds go to corporate and government bonds.

Similar to other Vanguard funds, you have to invest $3000 and pay an expense of 0.14 percent as the expense ratio.

The objective is to minimize market risk as much as possible while offering a 3.4 percent monthly SEC yield. You can generate a stable income along with capital appreciation because the fund reduces volatility.

Money market funds are attracting more investors because of the increase in interest rates. Your yield will increase too. This dynamic is at the core of money market mutual funds.

Vanguard’s Prime Money Market Fund was launched in 1975. The fund’s assets are worth a total of $121.9 billion, spanning 332 securities. The minimum is $3000 – the same as other Vanguard mutual funds. The expense ratio is 0.16 percent.

The investment objective is to give you readily accessible funds at minimal risk, which makes it ideal for conservative investors. Even if you’re planning on long-term investing, this liquid fund can serve as a vessel to allocate cash for your other investment portfolios.

Before the 2008 crisis, the share price was fixed at $1, which plummeted to $0.97. The original share price was meant to facilitate current income investing and daily liquidity.

This fund invests 60% of its assets in stocks and the rest in bonds. It tracks two different indices – Bloomberg Barclays US Aggregate Float Adjusted Index and CRSP US Total Market Index. For investors looking to diversify their portfolios, this diversified fund can help minimize market risks.

The assets are worth approximately $39 billion.

If you’re switching from growth or international stocks to large-paying stocks that pay dividends, for instance, blue-chip stocks, this fund would be a good fit. The fund invests $32 billion worth of assets in 425 securities. These holdings include companies like Johnson & Johnson, Exxon, and Wells Fargo, to name a few.

The stocks are mostly undervalued and large-cap – which is the fund’s primary focus. The fund itself is passively managed and tracks the FTSE HDY index. As of now, the annual yield is 2.84 percent while the 30-day yield is 2.92 percent.

Morningstar, whose large value category this fund belongs to, classifies its market risk as below-average, trailing 3, 5, and ten years. The expense ratio for VHDYX is 0.13 percent, which Morningstar ranks as low. But of course, you’ll have to invest $3000 before you can begin.

The investment isn’t without its risks. The management’s strategy is rule-based, which doesn’t yield consistent results in every environment. The performance of this fund, however, is promising. Last year alone it returned 1.54 percent and over 8.62 percent in the previous three years.

If your investment strategy is buying-and-holding for the long-term, it’s just generally better practice to buy mid-cap stocks rather than large-cap stocks. Not only do they outperform large-cap stocks, but they’re also less risky than small-cap stocks.

If you’re playing the long game, a fund like VIMAX will give you better returns than large-cap funds over many years. It has a below-average cost expense ratio, but you need to make an initial investment of $3000.

This fund invests in pharmaceuticals, medical manufacturers, HMOs, and so on. To be precise, the fund invests in 103 medical-related holdings for a total of $42 billion. You have exposure to both domestic as well as international stocks.

The fund was launched in 1984, and it ranks as number 12 among 112 US health funds. Since the fund provides exposure to foreign companies, it is more diverse. It should be part of your portfolio if you’re looking to invest in the healthcare industry.

As for the fees, you’re asked to make an initial investment of $3000, and after that, you’ll pay 0.34 percent as the expense ratio. This expense would be classified as low since the average for this category is almost 1.3 percent. But if you’d like to pay an even lower expense ratio, you can opt for the Admiral share variant. You pay 0.32 percent, but you’ll have to make a minimum investment of $50,000.

Tracking the last three and ten years, the fund returned 4.55 and 7.52 percent, respectively.

So, to wrap up, Vanguard provides you with several mutual funds to choose from, and it streamlines the investing process thanks to its low-cost index funds.

When this fund was founded, it tracked S&P’s 500, but it’s now a tracker of CRSP US Large Growth Index. It invests in sectors that are expected to boom so that you can expect higher returns. But you’d also be running a higher risk.

This fund serves better as a buy-and-hold investment for

the long term and carries an expense rate of 0.18 percent.

Unlike most Vanguard mutual funds that require you make an initial investment of $3000, the Vanguard Star fund lets you get started for a minimum of $1000. VGSTX doesn’t just invest in a single set of different holdings. It invests in other mutual funds as well – 11 mutual funds to be precise.

The expense ratio is 0.31%, which is also half of what an average fund in this category would cost you.

Why I Use Vanguard Funds