Income tax is a tax based on your income or the amount of money you have earned. This is often calculated using the previous calendar year. Both individuals and businesses are required to pay income taxes every year.

Let’s take a more in-depth look at income taxes and how they work.

Income tax rates in the United States are progressive, meaning the more taxable income you have, the higher the rate at which it is taxed. Different tax rates are imposed on income in different brackets depending on your tax filing status.

A tax bracket refers to a range of incomes on which the government imposes a given tax rate. Your income can fall under several tax rates, thanks to the seven tax brackets of U.S tax code. Your marginal tax rate will depend on the highest tax bracket under which your income falls.

It’s worth noting that Congress has the power to reduce taxes, and it can achieve that in two ways:

Congress can also increase taxes. It can do that by increasing rates or by reducing the level of income you should earn before you can move up into a higher tax bracket. The IRS typically adjusts the tax brackets slightly every year to account for inflation.

Congress doesn’t have to be involved when it comes to changing the income range for each tax rate. In 2018, single filers with at least $500,000 of taxable income and couples with taxable income of at least $600,000 were subjected to the top tax rate of 37 percent.

If you are married and filing separately from your spouse or if you are filing as head of household, you are subject to additional tax schedules and rates. Dividends and capital gains are also subject to a different schedule of tax rates.

The table below represents the federal income brackets for 2018:

A payroll tax refers to the tax that your employer withholds from your salary and remits to the relevant authorities on your behalf. This type of tax is based on your wage or salary.

There are three primary forms of payroll taxes that the federal government deducts from your paycheck:

The main idea behind Medicare and Social Security is that they are deducted while you’re in active employment. When you retire, or due to some life events, you may be able to withdraw from the funds.

Deducted payroll taxes are generally itemized on your payslip, with the itemized list showing how much your employer has withheld for federal, state, and local authority taxes. Social Security and Medicare contributions are also displayed in the itemized list.

As of 2018, the Social Security contribution is 12.4 percent on income up to $128,400. The Medicare payment, on the other hand, is 2.4 percent regardless of your income level. Take note that you and your employer each shoulder 50 percent of this tax burden.

That means 6.2 percent and 1.45 percent of your income will go to Social Security and Medicare taxes, respectively. Your employee will pay the same amount.

Any income above $200,000 is subject to an additional 0.9 percent Medicare withholding tax, and you’ll carry this burden alone.

If your employer fails to pay payroll taxes or remits them after the deadline, he will incur some monetary fines. These fines start at 2 percent of the past-due amount for payments not more than five days late.

For payments that are at least ten days late and the IRS has sent out a payment notice, the penalty can be up to 15 percent of the past-due amount.

If the IRS is convinced that an employer intentionally failed to remit its payroll taxes due, the responsible individuals may be charged with tax evasion.

If convicted for tax evasion, they may be sentenced up to five years imprisonment together with a $500,000 fine.

There are several common misconceptions about income tax that you should never believe. They include the following:

It is true that the bottom 40 percent of income earners don’t pay any personal income taxes. This can be attributed to the fact that lower-income earners usually qualify for a wide range of deductions that could potentially reduce their taxable income to $0.

However, that doesn’t mean that low-income individuals don’t pay any taxes. We’ve seen that every employed person must pay into Medicare and Social Security contributions through payroll taxes.

As an employee, you have to pay 6.2 percent and 1.4 percent of your income into the Social Security program and Medicare, respectively.

You should also realize that lower-income earners are more prone to excise taxes. Excise taxes are indirect taxes paid for alcohol, cigarettes, gasoline, and gambling among other items and activities.

The two lowest wage ranges may only be subject to an effective task rate of 3.6 percent and 7.8 percent respectively. Nonetheless, they are indeed paying taxes. 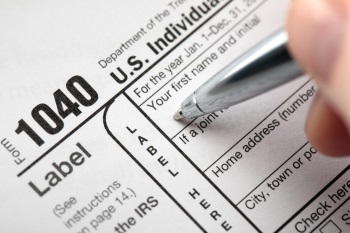 The truth is that married couples have the option of filing separately or jointly. There’s also a common belief that if you file jointly as a married couple, you’ll enjoy lower tax rates and a plethora of benefits.

That may be largely true, but combining your income may sometimes bump you up to a higher tax bracket. There are several other reasons to file your taxes separately from your spouse.

You should contact a tax expert to advise you on the right filing status to choose so that you can minimize your total taxes.

All donations are tax exempt

Another common myth is that all forms of donations are not subject to tax. The truth is that you can’t claim deductions for donations to political parties and foreign trusts.

You can only claim deductions to particular funds and certified charitable institutions.

Income taxes are the money withheld by your employer and paid to tax authorities on your behalf. Make sure you are managing your money correctly and minimizing your tax liabilities by taking advantage of every deduction and credit available to you.