Our review of Columbus life insurance is here to help you get a better feel for the company and the rates they offer. Life insurance can be one of the most important purchases a person can make.

This is not only because it can help in ensuring that your loved ones won’t need to worry about paying for final expenses or other large debts such as a mortgage balance or credit card debt, but also it can help you to make sure that your long-term savings will remain in-tact for the things that they were originally intended for.

When buying life insurance, there are many criteria that a person needs to consider. Certainly, the type and the amount of coverage will be key. But there are other factors, too, such as the company that you purchase the coverage from.

This is so that you know that your loved ones will receive the funds they are counting on in order to move forward. One company that is well known in the industry for doing just that is Columbus Life Insurance Company. 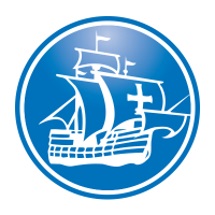 1906 was the first year that Columbus Life Insurance began offering life insurance coverage. The company provides a wide array of growth and protection products so that clients can enhance and protect their wealth, as well as that of future generations.

Columbus quickly grew, adding policyholders and in-force premium. However, throughout the years, the firm continued to be known as a low-cost, high-value insurer.

In the 1970s, the company began to issue individual life insurance policies via computer, using a system known as the Automated Life Insurance System, or ALIS. And, between 1968 and 1972, the insurer doubled in size and achieved $2 billion of insurance in force.

Just a short eight years later, by 1980, the company had again doubled and had achieved $4 billion of insurance in force. And, in 1982, The Western and Southern Life Insurance Company of Cincinnati acquired Columbus Mutual.

Ever the technology based company, in 1996, Columbus Life became the first of the Western and Southern Life Insurance affiliates to launch a marketing website.

The company also began to offer agent’s continuing education credits online – making it very convenient to achieve the education that is needed to keep their licenses current.

Throughout the next several years, Columbus Life added insurers as strategic partners to its mix. It also continued to add to its array of online offerings and resources for both agents and consumers.

Because of its strong financial standing, Columbus Life Insurance Company has received some of the highest possible ratings from the insurer rating agencies. These include the following:

In addition, Columbus Life Insurance has been given a Comdex Ranking of 96 out of 100, which far outranks Primerica and is on par with companies like Globe Life.

The Comdex Ranking is considered to be a composite of all of the ratings that a company has received from the major insurer ratings agencies. This ranking will rank an insurance company on a scale of between 1 to 100, with 1 representing the lowest.

Columbus Life Insurance Company has been accredited since since November 2009 with the Better Business Bureau (BBB), and has received a grade of A+ through the BBB (on a grading scale of between A+ to F).

Throughout the past three years, Columbus Life has only had three complaints closed through the Better Business Bureau.

In addition to its financial and claims paying strength, there are other positive factors that make Columbus Life Insurance Company a positive insurer to work with. This company provides a great deal of education for consumers directly on its website.

Locating a customer service representative to discuss an issue is also made easy with Columbus Life Insurance Company. Reps can be found via email, toll-free telephone, and by filling out a detailed form online and providing a callback number.

Columbus Life Insurance Company offers a variety of life insurance and annuity products. These can help its customers to build and protect their wealth, as well as to ensure that they will have an ongoing lifetime income in retirement.

The types of policies they offer include:

With term insurance, an insured has coverage for a set period of time. Therefore, this type of life insurance is good if you are covering certain “temporary” needs, such as a home mortgage balance or if you need very inexpensive coverage, such as life insurance for smokers or people on a limited budget.

A term life insurance plan is often less expensive for those who are young and in good health. Therefore, it can provide a way to obtain a great deal of death benefit protection for a low premium outlay.  They also work well for those with high risk conditions.  Finding affordable life insurance for diabetics can be difficult, but a term policy that will get the best premiums.

Permanent life insurance provides a set death benefit and builds up a cash value over time. Therefore, the policyholder has the opportunity to create additional wealth, while at the same time ensuring that loved ones are covered. The cash value of the policy has the added benefit of accruing interest tax-deffered, similar to a retirement account.