Medicare Part D is part of the federal program, but private insurers administer it.

It’s one of the more frustrating parts of the Medicare system because it’s so poorly understood. In this post, we’re going to try and rectify that by giving you the details you need to know.

What is Medicare Part D?

Medicare Part D was started to help alleviate the cost of prescription medications. It’s been improved over the years to increase the benefits and offer better overall coverage.

You can opt for this as standalone coverage and as an adjunct to your standard Medicare benefits. If you have a Part C Advantage Plan, you can choose to have Part D built into it.

How Does Medicare Part D Work?

The program is optional for those already using the Medicare system. It is entirely separate from a Medigap plan.

It covers the cost of prescription drugs. You pay your standard monthly premium. When you need to go to the doctor, prescription meds covered under the formulary will be paid for by the insurer.

You might be required to pay a copayment. This copayment will be either a flat fee or percentage of the overall cost. What you pay depends on the insurer and your total income level.

You will also need to use the insurer’s pharmacy network to get the medication. 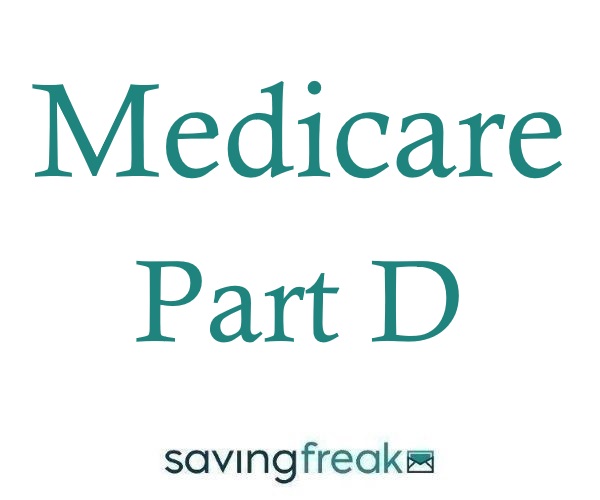 The Rules Are Strict for Insurers

It Consists of Four Stages

The deductible stage will change annually. For 2019, the deductible is limited to a maximum of $415. Your insurer may waive that deductible, or reduce it, but they cannot exceed it. Until you reach this amount, you’re responsible for the cost of any prescription meds.

The deductible is applied annually. So, in 2020, you’ll start from scratch again. You’ll once again need to reach the deductible amount before you can claim benefits.

This stage is when you first start. You’ll be liable for a copayment on any drugs listed in the formulary. Drugs outside that list are for your account. The amount of the copayment will depend on the medication issued.

Companies will often divide medications into different tier levels. The copayments will depend on what tier the drug falls under. So, for example, a generic medicine might fall under the lowest tier and thus require the lowest copayment.

The idea of offering different tiers of medication is to encourage people to use generic meds when possible.

The Initial Coverage Stage will continue until total spending hits $3820 (that is, the amount you paid added to the amount the insurer paid.) This figure will change from year to year as well. It’s essential to ensure that you understand what your copayments are going to be.

This stage, frequently called the donut hole, is where you’ve hit the coverage limit for that year. At this stage, you’re still getting a significant discount for generics. You’ll have to pay 25% if you use a name brand drug. That increases to 37% for generics.

This stage continues until you’ve hit a total of $5,100 for the year. Again, this is a figure that can change annually.

The significant difference between this stage and the next is how the total claimed amount is worked out. In the previous stage, all medical expenses are taken into account (or what you and the insurer paid). For you to move on to the next stage, they’ll only consider what you’ve paid. They look at what you’ve paid in terms of:

They’ll take into account any manufacturer’s discounts received. They will not, however, count anything that the federal government has contributed.

This stage is where you’ve gotten to the end of your Coverage Gap Stage. From here on out, your Part D plan will pay 95% of the costs for prescription meds. The requirement is that you have to use medications on the formulary. You’ll also have to use the right network of pharmacies.

Medicare D is not a free for all. The government allows insurers to impose conditions on medications offered. This system is to ensure safety and enable companies to contain costs. Here are the restrictions you’ll find.

The limits restrict the amount of medication that can be purchased at once. The limits also apply to refills. If the doctor goes over these limits, he’ll have to submit an exception form explaining the situation.

If he does not, the insurer will only pay for the medications up to the limit.

Either you or the doctor needs to get plan approval before the medication is dispensed. If they do not, the drug will be for your account. Ordinarily speaking, the drugs affected here will be the more expensive or high-dose options.

The doctor will have to provide evidence of why he’s prescribing this particular medication. He’ll have to explain why different drugs are not as effective in your case.

With this, you don’t have a choice. You’ll have to try the cheaper medication on the formulary. If that doesn’t work, then you’ll have to get an exception filed with the insurer. The doctor will need to explain why you need the more expensive meds.

Generally speaking, though, you’ll have had to provide proof that you tried the cheaper meds.

The monthly cost will depend on the insurer themselves and the level of coverage. You can get plans that start at around $15 a month in almost all states.

If you earn more than $85,000 as a single person or $170,000 as a married couple, you’ll be liable for a surcharge. This surcharge is over and above the standard premium.

Penalty for Not Enrolling

According to Medicare.gov, every month that you delay enrollment you will be charged 1% of the “national base beneficiary premium”. The penalty will be added to your premium every month for the rest of your life. You’ll be liable if you’ve gone at least 63 days after enrolling in Medicare without taking out plan D or a credible medical insurance plan.

Part D was a big step forward to help seniors deal with the rising cost of prescription drugs. Even if you do not take prescriptions when you qualify, you can still get a low cost plan from several different carriers. This way you avoid the penalty and have coverage if you were to need a prescription suddenly.