Medicare was first created in July of 1965. Since then the program has gone through several expansions and reforms.

What we get today is health insurance coverage that does its best to be comprehensive with a combination of public and private plans. This guide to Medicare walks you through what you need to know to understand the basics of Medicare and how to best to use it. 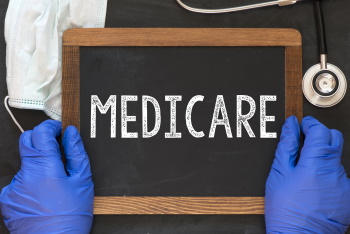 Medicare coverage is separated into five main categories. No one category is complicated by itself, but when you tackle all five at once for the first time it can feel more intimidating than it is.

Medicare Part A was one of the two Medicare plans created in 1965 and is designed to help with the cost of hospital care.

Learn more about Medicare Part A>>

Medicare Part B was also created in 1965 and is designed to help with the cost of outpatient and well visit expenses.

Learn more about Medicare Part B>>

In 2003, as the price of prescription drugs began to skyrocket, Congress passed the Medicare Prescription Drug, Improvement, and Modernization Act. This gave seniors access to prescription drug coverage at a much cheaper rate.

Formally created in 1997, Medicare Advantage (also known as Medicare Part C) was created to give seniors the option to use their Medicare benefits on a private insurance plan.

Both Medicare Part A and B have gaps in their coverage that can be financially painful for many seniors. In order to fill those gaps, private insurance companies stepped in to offer affordable medicare supplement plans that fill some or all of those gaps.

In 47 states the standard federal plans are:

The only three states that have differing plans are:

These three states still comply with the federal laws but only offer customized plans.

Enrolling While on Social Security

Anyone who is already on Social Security when they reach 65 years old will be automatically enrolled into both Part A and Part B.

You will need to enroll in a Part D plan and, if you want supplemental coverage, a medicare supplement.

If you are holding off on taking Social Security until later in life, then you will have to actively enroll in Medicare when you are ready. You have to enroll in Part A during the time around your 65th birthday.

If you are still working and still have health insurance through your employer, Part B and its monthly premiums can be deferred until you retire. You have an eight month period after you retire to enroll in Part B without a penalty.

With both Part B and Part D you can receive a late enrollment penalty if you do not enroll in the proper time frame. For both of these Parts of Medicare the penalty is permanent and is charged monthly.

The enrollment penalty for Part B is pretty straightforward. For every 12-month period that you are eligible for Part B and do not qualify for special enrollment, you will be charged a 10% penalty on your premiums for as long as you are using Medicare.

Similar to the penalty for Part B, Part D charges an ongoing percentage for anyone that does not enroll when eligible. The penalty is 1% for every month that you do not enroll.

So a person that waited six months to enroll and then had a $32 a month premium would pay an additional $1.92 each month.

Medicare was created in 1965 because seniors found it difficult to gain coverage during the years when they needed it the most. The legislation that created Medicare Part A and Part B was signed by President Lyndon Johnson and people began to enroll in 1966.

The Nixon administration made the first major change to Medicare in 1972, with expansion to people under the age of 65 for people that are disabled or have end stage renal disease.

The next two changes happened in the 80’s. In 1980, Medicare supplement plans were brought under the oversight of the federal government, which is why we have such structured plans across all the states.

Next came a deal in 1997 between a Republican led congress and President Bill Clinton. This led to a partial privatization option which we call Medicare Part C, also known as Medicare Advantage.

The last major update to Medicare came under the administration of President George W. Bush. In 2003 Medicare Part D was created to help senior cope with the rising cost of prescription drugs. This covered the 25% of seniors who had no prescription coverage.

As with any insurance coverage the thing you want to make sure is that you are getting the coverage with which you understand and are comfortable.

Whether that is a Medicare Advantage plan that provides you all the coverage in one place or traditional Medicare that you couple with Part D and a Medigap Plan, it is important that you know exactly how it works, and what is the maximum you might end up spending out of your pocket.