A virtual private network, or VPN for short, is used to encrypt and protect your data connection over the internet. Without a secure connection, any data that you transmit over the internet is available for anyone with prying eyes. A VPN allows you to protect your data and secures it from would-be cyber thieves. Read our reviews of VPNs to find the right one for you. 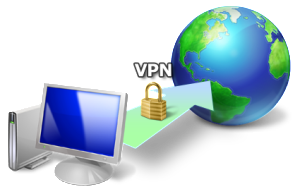 To put it simply, a virtual private network is a group of computers networked together over a public network – in most cases, the internet. Businesses utilize VPNs in order to connect remote data centers together, and individuals can use VPNs to gain access to network resources when they are not physically on the same local area network (LAN), or as a way to secure and encrypt their communications when using an untrusted public network (think your coffee shop).

Connecting to a VPN usually involves launching a VPN client on your computer, logging in with your personal credentials, and then your computer exchanges trusted keys with a server. After both computers have verified one another as authentic, all of your internet communication is then encrypted and secured from anyone trying to steal data broadcast from and to your computer.

How Does a VPN Work

As the Internet has continued to grow in popularity, companies have started to use it as a way to extend their own various networks. Intranets were the first to be introduced. These are sites that can only be used and accessed by employees of a specific company. However, companies have now started to create Virtual Private Networks (VPNs) for their own use as a way of accommodating the requirements of employees that are working from home or in offices that are in other states or countries.

A standard VPN will usually contain a primary local-area network (LAN) located at the company’s corporate headquarters, various LANs located at remote facilities or offices and users that are able to connect individually from out in the field. A VPN is a network that is private that utilizes the Internet or some other public network to facilitate the connecting together of users or remote sites. Rather than using a connection that is real-world and dedicated, a VPN utilizes connections that are virtual and routed through the Internet. The connection originates at the company’s private network and goes to a remote employee or site.

VPNs are generally found in the following two types:

A business is able to connect many fixed sites over the Internet or another public network. This can be accomplished by using large-scale encryption and dedicated equipment. All of the sites only require a local connection to the public network. This allows the company to reduce the amount of money spent on long private leased lines. VPNs that are site-to-site can be classified into extranets or intranets. A VPN that is site-to-site and built between the same company’s offices is called an intranet VPN. An extranet VPN is used to connect a business to its customers or partners.

2. Remote-Access (also referred to as a Virtual Private Dial-up Network or VPDN)

This is a user-to-LAN connection that is utilized by businesses that have employees who do their job remotely from various locations and need the ability to connect to the private network. Usually, a company that wants to create a remote-access VPN will give an Internet dial-up account to all of their users. They will do this through an Internet service provider (ISP). The employees who are doing their jobs remotely will then be able to dial a 1-800 number to make contact with the Internet. They can use VPN client software to gain access to the company’s network. A large company with many sales people working in the field would be an example of a business that would require the use of a remote-access VPN. Remote-access VPNs provide connections that are both encrypted and secure between remote users and the private network of a company via a third-party service provider.

A VPN that is well-designed can provide a host of benefits to a company such as:

A VPN that is well-designed should incorporate all of the following features:

As a means of preventing classified information from falling into the wrong hands, VPNs use encryption techniques and usually only allow remote access that can be authenticated. Encryption and tunneling protocols are used by VPNs to provide security. The security model used by VPNs provides:

– message integrity as a means of detecting if any transmitted messages have been tampered with
– the authentication of senders to prevent access to the VPN by users who are unauthorized
– confidentiality so that even if the traffic of the network were infiltrated at the packet level, encrypted data would be seen by the intruder

Prior to any secure VPN tunnels being established, the authentication of tunnel endpoints must take place. Remote-access VPNs created by users can utilize two-factor authentication, biometrics, passwords or other various cryptographic methods. Digital certificates or passwords are often utilized by network-to-network tunnels. The key is permanently stored to enable automatic establishing of the tunnel, without the user needing to intervene.

When a VPN’s endpoint is not fixed to only one IP address, a mobile VPN is used. In these situations, the endpoint of the VPN roams across different networks. These can include multiple Wi-Fi access points or cellular carrier data networks. In the law enforcement profession, VPNs provide officers with access to applications that are important to various missions, such as criminal databases and computer-assisted dispatch. Mobile VPNs are also being used by professionals who are constantly traveling and require access to connections that are reliable to conduct important business transactions.

Why You Should Use a VPN

On its own, a VPN is simply a way to give you more secure access to data and/or resources on a network in which you are not physically connected. What most people choose to do with a virtual private network, is a different story. Most VPN users can fit into one of a few different categories.

Student/Worker: This user has work that needs to get done and utilizes a VPN provided by their educational institution or company to access resources on their network when they are at home or on the go. Usually these users are provided with a free VPN service from either the school or company.

The Collector: Whether they are downloading legally or illegally, they just do not want to find themselves answering questions in court just because they have a torrenting app on their computer.

Safe and Secure: To this user, any unsecured connection just means that somebody is probably reading what you are saying. Whether they are in a 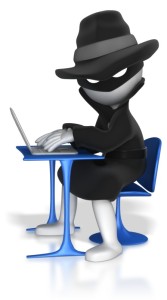 strictly monitored environment or one that is more open, they feel safer securing their communications. This even applies to mobile applications, which we recommend always having some sort of VPN for your smart phone or tablet.

On the Go: This person is traveling from country to country, usually on business, and wants to be able to watch their favorite shows or live sporting events as they happen, not waiting for some local translation or re-broadcast. Sometimes they also want to be able to access content or websites that are restricted by local laws.

A Combination: Other users do not fit strictly into one of these categories, but instead are a combination of them. In any case, a VPN service can be helpful for protecting your personal data when using public internet access or covering your own behind when handling sensitive data for your company.

Maybe you think you do not really fit into one of those categories, but you can still benefit from using a virtual private network. You should use one whenever you are using an untrusted network. An untrusted network would be any network that you do not own or manage. Stopping by the local coffee shop to grab a latte and check Facebook on your laptop real quick? Using your phone to read emails while it is utilizing the airport Wi-Fi? Both of these situations put your data at risk.

Click here to see some of the top VPNs and what they have to offer.