One of the first online banks available in the United States was ING Direct. In February 2012 Capital One Bank bought them out and created Capital One 360 Bank.

Continuing the momentum of ING, Capital One 360 has gone on to be one of the top online banks in the United States. 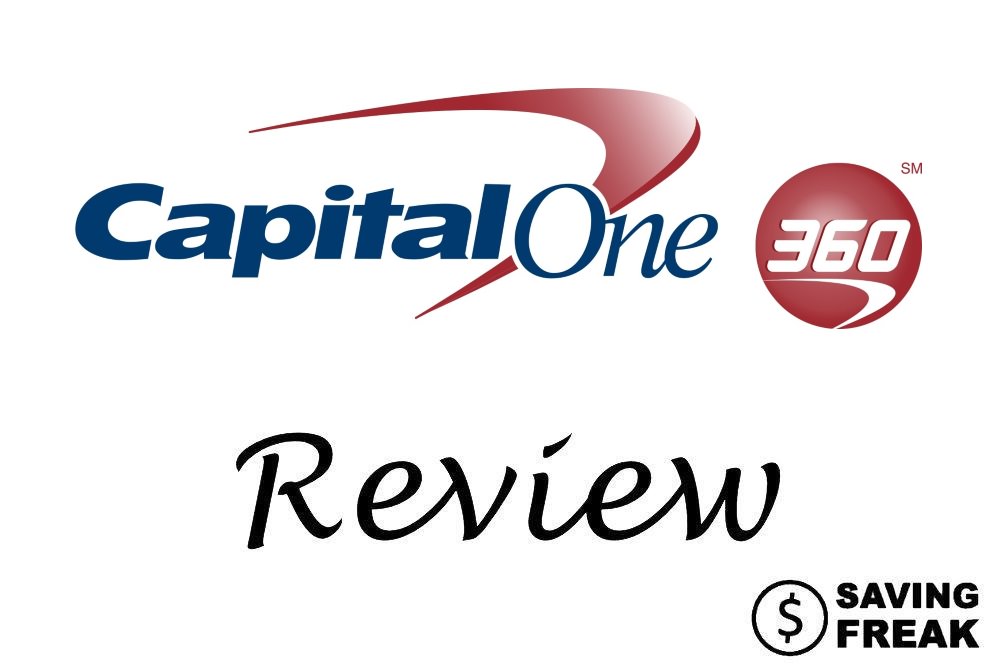 This is much higher than the national average of the past few years that ranges somewhere between 0.04 and 0.06%. Making this one of the more lucrative checking accounts available.

The more significant benefit of opening a checking account in this bank is that it is fee-free. Capital One 360 does not charge any additional fee to start-up or boot an account. You might even get a free checkbook based on the offers they have running for new customers.

Not only this, there are other benefits as well, like free debit card usage internationally. The bank does not charge anything when their debit card is used anywhere in the world – a feature that can be highly lucrative for corporates as well as travelers.

Other features such as free P2P pay as well as the ability to use Capital One bank facilities for withdrawals and deposits also add to its value.

This feature is another highly useful checking account designed for teenagers. There is no denying the technological advancement that has pervaded teenage lives, and it is only better for them to understand the mechanisms of spending and to save early enough in their lives.

With zero fees to open up an account and no requirement of a minimum balance, the money account is also a great way to have your teenagers spend responsibly.

With annual percentage yields of 1.00% for regular savings accounts, the savings account is a good option for all those who would want competitive rates while keeping their banking needs under a single roof.

This is because other banks offer better rates but may not have similar benefits across all types of accounts. If you can maintain a balance of over $10,000, you can apply to the Capital One 360 Money Market Savings account that offers 1.60% APY and is, of course, FDIC approved.

Once again there is no fee to open an account nor is there a required minimum balance. Additionally, there is also the facility of creating up to 25 other savings accounts with individual names through the savings account.

If you are looking for the most amount of earnings for your money, then the Certificates of Deposit are the best bet. But remember, your payment must be put aside for this and cannot be touched. You will be charged penalties for dipping into this money or breaking the time on its maturity.

Terms offered range from 12 months to 5 years and the APY increases from 2.1% to 2.75% as the term length increases. But remember, the penalties on defaulting are high, and they can also dip into your savings account to make you pay for the same. If your money is secure and just lying in your savings account, you could relocate it and earn more.

Alternatives to Capital One 360

When it comes to online banking with a vast range of services, there are a few players in the market. Ally Bank is one such online bank that is well known for its high rate offerings while providing comprehensive customer service.

For checking accounts, Ally Bank gives an APY of 0.60% but requires a minimum investment of $15,000. Otherwise, the account provides 0.1% returns only.

Other banks that have all the facilities of Capital One 360 are Discover and CITBank. They all have Checking, Savings, Money Market as well as CDs to offer with rates varying around the average.

When it comes to Savings accounts, Marcus by Goldman Sachs offers 1.6%, matching Ally Bank’s offerings in that sector. The highest rates offered would be on CDs with Ally Bank offering up to 2.25% on one year CDs and 2.50% on three year CDs.

Synchrony Bank and Sallie Mae offer other competitive rates, but if you are looking for varied services all under one roof, Capital One might remain to be your best bet.

A standout feature that sets Capital One 360 apart is the fact that they do not charge any fees for new customers. Not only this, their promotional offers allow for freebies as well.

Zero charges on international debit card usage is another feature that stands out.

Most of the basic accounts within Capital One 360 do not have any minimum account balances required when opening or throughout the length of maintaining the balance.

Seamless mobility and comprehensive customer service add to the value of having an account with Capital One 360.

Competitive interest rates in all types of accounts with the addition of no deposit fees and minimum balances.

You can have access to a vast and comprehensive network of more than 40,000 ATMs all across the United States of America.

Other competing banks such as Ally Bank and CITBank do have better rates than the rates offered at Capital One 360 Checking as well as Savings account.

For those who are not used to banking in the virtual, it can get a bit difficult due to the lack of physical branches where you can go. The services offered at these branches are also very basic.

There have also been some complaints about the functionality of the app with certain common issues like uploading an image of a check.

Having covered all the essential features of the Capital One 360 bank, one can safely say that it is a very trustworthy and reliable bank. It caters to the younger population that is used to the online model of banking and aims to develop innovative methods and schemes that attract people to invest in the brand.

With initiatives like the Capital One Cafe, Capital One 360 will undoubtedly try remaining a mainstay when it comes to innovation and mixing functionality with futuristic trends.

Online reviews of Capital One 360 show that its customers rank it highly for its comprehensive features. It can do better with some aspects of the functionality in the app as well as customer service, but it is very well rated overall.

Capital One 360 combines solid backing and a consistent reputation with competitive interest rates and highly attractive offers for all customers such as no minimum balance as well as no additional fees. It would make for an excellent option when it comes to seamless banking for those that are used to the internet being the provider for all their needs. Trust the name and bank on Capital One 360.