Hulu has made big waves lately, adding more subscribers in the last few quarters than Netflix.

This Hulu review will help you decide if you need to add this service as a part of your cord-cutting strategy.

How Does Hulu Work?

Hulu, like all streaming services, works by connecting you to content from their service to your streaming device. 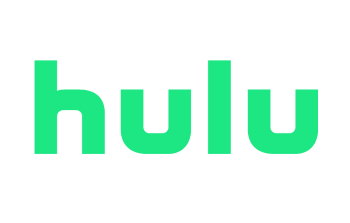 Once your device is registered you can stream any of the on demand shows and movies to your device. If you opt for the Live TV subscription you can also access more than 60 live television stations from cable and network content providers.

While the service initially focused on providing the content you find on your cable television, they have expanded into movies and producing original content through its brand Hulu originals.

Yes, Hulu is a legitimate video streaming service with more than 28 million subscribers in the United States.

While they are not as big as Hulu, they have been catching up by being more strategic with their partnerships.

Unlike other services that give you a one size fits all option, Hulu has expanded its offerings into several plans and add-ons.

This was necessary since they have many more options than other top streaming services. The plans and add-ons include:

The basic Hulu service includes all their on-demand content and a single screen.

Adding the “no ads” option will give you an additional screen.

Get Started with Hulu

With so many people wanting to part ways with the cable and satellite services, Hulu put together an option to stream live television over your current Hulu apps.

The service has been a hit and a big money saver for anyone looking to cut out their cable service and still be able to watch live events without putting up a big ugly antenna.

Hulu Live comes with the added benefit of giving you two simultaneous screens.

Get Started with Hulu + Live TV

Many people want to supplement their plans to get other content that is not available with the standard plans. These add-ons are available either on all plans or only on the live TV plans.

Getting premium channels alllows people to see some of the most popular shows and not miss out on office conversations. With an additional monthly charge, you can get these four premium channels added on to any Hulu plan:

Improve your live TV experience with these add-ons:

Disney owns the majority of Hulu. When Disney launched the Disney+ service, they were able to create a one-price bundle of Disney+, Hulu, and ESPN+.

The cost for the Disney bundle and all three services is only $12.99 per month. Like the basic Hulu service, you can add-on the no-ads option for an additional $6.

Learn More About the Disney Bundle

Hulu has been around long enough and is so popular that it is available on every popular streaming device. This includes:

If your streaming device does not include a Hulu app, then it probably isn’t that good of a device and has gaps with other streaming services.

Hulu was launched in 2007 as a joint venture between NBC Universal and Newscorp (then parent company of Fox Broadcasting). This venture also included distribution deals with AOL, MSN, MySpace, and Yahoo!.

Being started by these two media giants gave the fledgling company a decent size library of current and past television shows at its launch.

In 2008, The Walt Disney Company joined the venture, adding content from ABC and The Disney Channel.

The service continued to grow and launched its live TV product in 2017, competing directly with cable and satellite television services.

Disney purchases 21st Century Fox in the first quarter of 2019. This gave them 67% ownership in Hulu with NBC/Universal maintaining 33%. This gave Disney control of the service and set the stage for them to bundle Hulu with their other streaming products.

It feels like a new streaming service is popping up every day. While Hulu has established itself as a top option, these four services may be useful to consider:

Disney+ – Disney+ launched to much fanfare and is an excellent option if you only want Disney content.

Netflix – The most significant player in streaming seems to be under attack from all angles. They have responded with original content and other content distribution agreements.

CBS All Access – CBS was the first network to launch a streaming service on their own. Their service includes a Start Trek series that you can only get on streaming.

YouTube TV – If you are looking for live television, then YouTube TV is going to come up in the conversation.

Hulu has become one of the largest streaming services in terms of the number of subscribers.

Their two-income stream system of low subscription costs with limited commercials makes it, so they have been able to more profitable than most of its competitors.

It will be interesting to see how the Disney bundle increases the number of people who subscribe. Those numbers will not be available until the first quarter of 2020 and real numbers probably for another year.

If Hulu offers that content that you want to be viewing, you should have no worries about the quality of this streaming service.

Get Started with Hulu