Disney launched its bundled service along with the new Disney+ streaming service on November 12, and I subscribed as soon as I cold

The bundle represents the most extensive compilations of streaming content that anyone has ever seen. This review of the Disney bundle will help you know if it is the right choice for your cord-cutting needs.

How Does the Disney Bundle Work?

The Disney bundle is three separate streaming services bundled into one monthly price of $12.99. 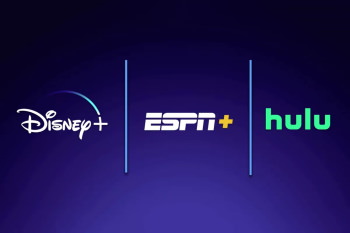 This is more expensive than other services, but the amount of content you get for this price is truly amazing. The three services include:

The launch of Disney+ was one of the most anticipated streaming services launches ever. More than 10 million people signed up for service in the first 48 hours.

Hulu launched its streaming service in 2007 and specialized in content that has recently been released on the networks and older television series.

With the release of Disney+, I expect that most of the more adult-oriented movies (PG-13 and up) from the Fox studio will show up here.

With ESPN+, you do not get the programming from all the standard ESPN channels, but you do get less popular events. So if you went to a small college or are a fan of sports that are not top-billed, it is a valuable service.

It also includes the entire 30 for 30 ESPN documentary catalog.

As if this deal needed sweetening, Disney offers you a free trial for seven days when you first sign up for the service.

My belief is that they are counting on you being so engrossed in binge watching all things Disney, Fox, and ESPN that you will will completely forget to cancel at the end of seven days and keep the service.

Is the Disney Bundle Legit?

It is also the largest amount of content you can get for the price among any of the streaming service offerings.

How Did Disney Put Together this Bundle?

Over the last 25 years, Disney has been busy building its media empire.

Starting in 1996, with the acquisition of ABC, Disney has strategically purchased properties that help them expand into more and more demographics. Since that time, Disney has acquired:

The acquisition of ABC included ESPN, which has expanded its offerings in the streaming platform to cover hundreds of college and professional sports.

Disney/ABC was part of the origination of Hulu along with Fox and NBC. When Disney purchased all the Fox properties in the first quarter of 2019, they got full control and is in the process of buying NBC out of the service.

With the launch of Disney+, Disney was able to pull this bundle together to give this affordable one price option.

As I have used and enjoyed the three bundled services, I have to say this is an incredible value.

The original programming on Disney plus and Hulu are top-notch and being able to watch sports from my alma mater, Winthrop University (Go Eagles!).

With more than 3,000 movies and almost 2,000 shows, to go along with all the sports content, the Disney Bundle is a deal for streaming enthusiasts.

Disney wanted to make sure you could get to their streaming services on as many platforms as possible. They even managed to work a deal with Amazon at the last minute. The most popular devices include:

Any devices that run on the same operating systems as the above streaming devices will also be supported.

There is not a single service that can compete with this bundle. Some alternative streaming services that might meet the needs of different content consumers are:

My family is enjoying this bundle of Disney services far more than I thought they would. 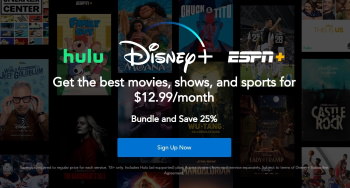 We cut the cord many years ago and have been able to get by with all that we want for much lower prices than the average cable subscriber.

What the Disney bundle has done is allow us to reduce our content subscriptions to three and get more content than we had before.

The only thing that could make the Disney Bundle better is if they offered an option to add Hulu Live service along with Disney+ and Hulu. This would create an almost one-stop-shop for all your content needs.

Overall I consider the Disney bundle a must purchase for anyone who loves the Disney properties or has kids.