Disney Plus officially launched on November 12, 2019.

All the anticipation is over, and we can finally take a look at the Disney version of streaming video

How Does Disney+ Work? 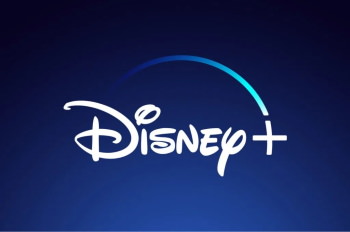 Disney made some big promises on the run-up to their launch, and they came through. As far as entertainment value goes, Disney+ is a big winner.

I counted more than 700 different Disney movies that were available on the first day. This includes movies from:

On top of the movies, there are 48 different series available. Once again, pulling from their huge catalog to provide some classic cartoons, live-action television, and bringing in a few Disney+ exclusive series, like The Mandalorian.

There was a little resistance from Amazon, but they finally realized they would get killed for not having this app. The devices that support Disney+ with apps are:

Expect that more and more devices will come on board. You aren’t going to be able to have a device that is connected to the internet that doesn’t have Disney as an option.

Is Disney Plus Legit?

The service started with 10 million subscribers on its first day, so if it were all a scam, we would know by day two.

If you thought that Disney was going to put their name on something that wasn’t going to deliver with as few bugs as possible, then you haven’t been watching Disney for the last 50 years.

Disney Plus is available in two pricing models:

This standalone option makes sure just about anyone can afford to access everything Disney and the best of kid-friendly content from the Fox Library.

The Disney Bundle was made available because parent company that is Disney also owns ESPN and, with the acquisition of Fox, Hulu.

This allowed them to create a streaming service bundle where you get Disney+, ESPN+, and Basic Hulu for one low monthly price of $12.99. This means you can handle your network and cable tv watching, extended sports, and Movies all in one neat bundle.

Like many, I had a few problems getting on Disney+ first thing in the morning. I completely expected this to be a problem as millions of people were going to be wanting to give the new service a test run.

I waited until the central and mountain time zones went to work and then logged in, from there on, I have had few issues.

Once inside, I was impressed with the layout and how they made it easy to get to what most fans would consider the top content.

Splitting the options in the top menu between originals, movies, and series made it easy to navigate. The five main options of Disney, Pixar, Marvel, Star Wars, and National Geographic helped me get exactly what I wanted to watch.

The biggest thing I noticed was how much content Disney made available of their library that would be considered “classics”.

One favorite of mine was that they included old Marvel cartoons from when I was a kid. Expect more of these to come as Disney tests out this content and how much people view it.

Excuse me while I watch another couple episodes of Spider-Man and his Amazing Friends.

Since Disney+ carries such a massive portion of the Disney library that will not be available to stream anywhere else, it is hard to find a direct alternative. Some of the other top streaming services include:

As of this writing, I am only two days into using Disney+, and I have to say they have provided an extremely competitive service.

The mix of classic and new Disney movies, Marvel, Pixar, Star Wars, and Fox library favorites like The Simpsons, makes this a big win for anyone who

While there have been some problems with outages in the first couple of days, we should have expected the enthusiasm for Disney to cause a few glitches along the way.