Donating blood is a common way that people give back and help other people. It’s quick, easy, and some times you’ll get a free cookie or a couple of movie tickets out of it, but you don’t make any money. 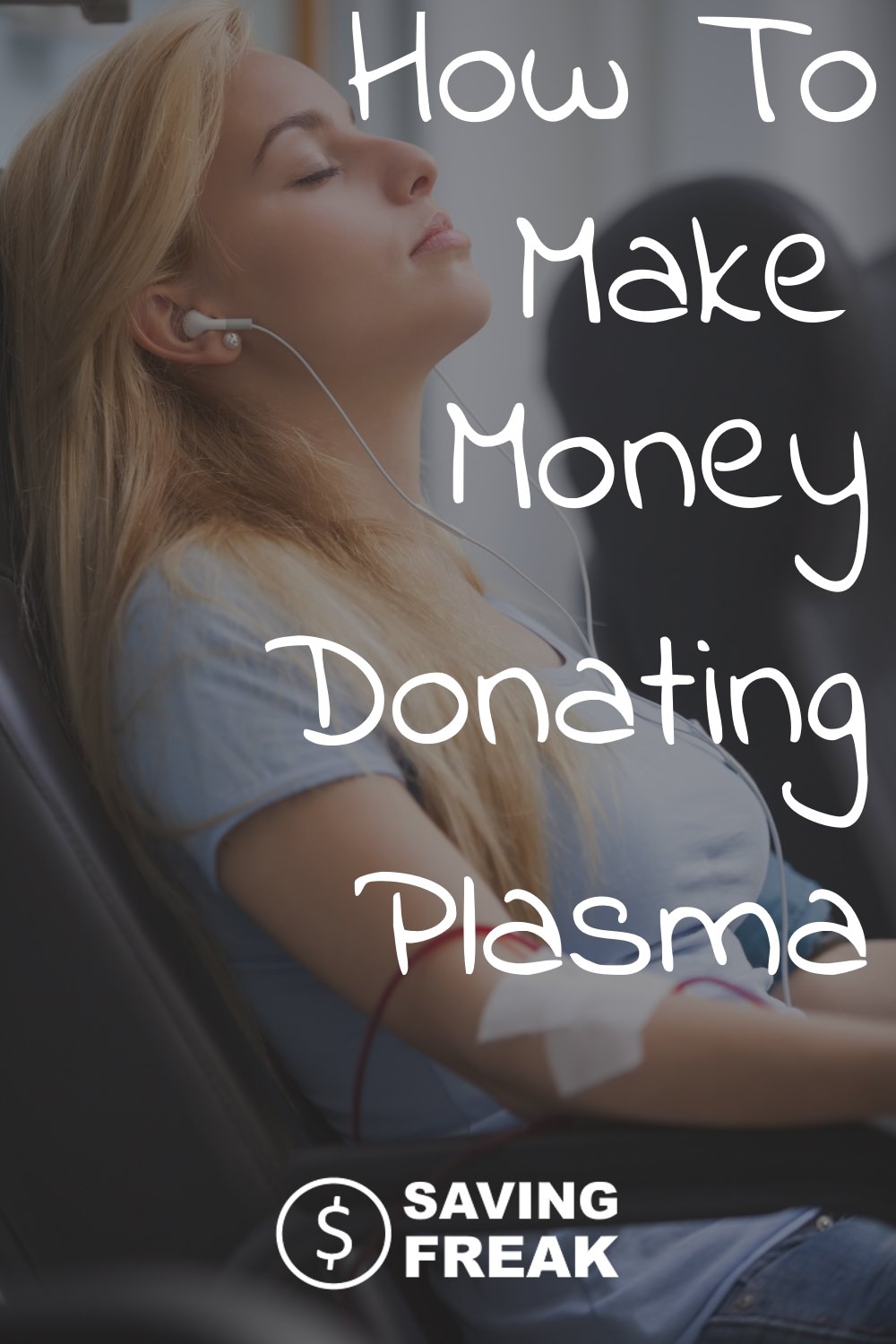 So, why do you get paid to donate plasma and not blood? Because the blood is given to patients that need it, plasma is actually sold to a business that uses the plasma to make different products that help patients with different blood clotting disorders. Technically, you aren’t donating the plasma, you’re selling it.

One of the most common questions about selling plasma is, “what exactly is plasma?”, Don’t worry, you aren’t the only one with this question. If you fell asleep during your high-school biology class, you may need a refresher course. The plasma is the clear liquid that is in the blood. It has enzymes, proteins, antibodies, and water. As you can imagine, getting plasma is more involved than just drawing blood, and it takes a little longer.

Instead of just drawing the blood, they will have to take the blood, separate the plasma from the blood, and then put all of the blood back into your body. The whole process can take anywhere from an hour and a half to two hours.

This can be a great way for you to make some extra money fast, but there are a couple things that you should know before you go.

How Much do you Get Paid to Donate Plasma?

Each company that you go to is going to have a different pay scale. In most cases, you can expect to get paid anywhere from $40 – $60 per plasma donation trip. Some companies pay you less for the first trip and then more for every trip after that. You should also be on the lookout for special promotions, some companies offer small bonuses for donating during certain dates.

For instance, there are dozens of  “coupons” that you can find at different company websites that will get you an additional $10 or $15 for your first visit. They will only work the first time, but it’s a great way to make some extra cash by printing out a coupon.

How Often Can you Donate Plasma?

Sounds like pretty good money, right? Aside from how much you get paid, it’s important to realize how often you can get paid. Most of the donation centers that you’ll find will allow you to sell your plasma twice a week, as long as you wait one day in-between each trip.

You can donate plasma more frequently than blood because all the red blood cells are returned to your body.  Red blood cells take much longer for your body to regenerate, while plasma is 90% water and the rest is a dissolved proteins, clotting factors, hormones, glucose, mineral ions, and carbon dioxide.

So, let’s say that you find a business that gives you $50 per plasma donation, and you’re committed to going twice a week, that means you’ll pocket an additional $300 – $400 every month. That’s some nice money for sitting in a chair for two hours.

Because some donation centers could have different restrictions on how often you can donate, be sure to ask them before. Some may only allow once a week, or you have to wait several days in between donations.

Where can you Donate Plasma?

More than likely, there are several places near you that buys plasma. A quick Google search should bring up plenty of different options. You could also visit DonatingPlasma.org, and you can search locations by your city, state, or zip code. Before you go to any business to sell plasma, do a little research on the Internet. Sure, drawing blood and separating plasma is an extremely simple procedure, but you’re still dealing with needles, blood work, and other medical devices. If everything isn’t sterilized and done properly, you could end up with infections. Don’t be scared, though the vast majority of businesses are legit donation centers, and you have nothing to worry about.

In fact, the FDA strictly regulates all plasma donations, and they all must follow extensive rules just like a hospital. Everything that they will use will be new and sterilized. If you notice any health or safety problems when you go to donate, you should report those immediately.

Selling Plasma, what you need to know

There are a few things that you should take note of before you hit the donation center. Before you go, you should make sure that you meet the requirements to donate plasma. Don’t worry, the requirements are extensive. To sell plasma, you have to be at least 18 years old (19 in some states), weigh at least 110 lbs., and be in good health before you go. This means that if you have a fever, coughing, sneezing, etc. you won’t be able to donate until you’ve recovered. Similarly, they will also take your blood pressure and heart rate before you donate, if either of these is too high or too low, you’ll have to come back another day.

The first time that you go to donate the plasma, you’ll have to provide a few documents to prove who you are. You’ll need to go with your Social Security card and a picture ID.

A lot of the categories seem random and specific, but they are placed to protect you and other patients. If you fall under any of these circumstances, the company can’t allow you to donate plasma.

What Happens during a Plasma Donation?

If you’ve never given blood or plasma, you may be curious or nervous about doing it for the first time. Understanding exactly what’s going to happen eliminates a lot of the anxiety and fear for most patients.

After you get all of the initial paperwork, health questions, and short medical exam is taken care of, the works will put you in a reclined chair. They will make sure you are nice and comfy because you will be there for a while. After that, they will place a tourniquet on your arm to make the veins easier to see and to get the needle into. After that, they will start drawing your blood to get the plasma. After that, they will take the blood through a process called plasmapheresis, which will take around one hour. During this process they separate the plasma from the blood, after that they put the blood back in your body, and you’re free to go.

If this will be your first time going to donate, expect to spend around two hours, if you’re a returning customer, it should only take around an hour to an hour and a half.

The Benefits of Donating Plasma

The obvious benefit to donating plasma is the money. That’s why the majority of people go to donate, but that isn’t the only benefit. One of the other benefits is you’re getting paid to basically sit there. Yes, there will have a needle in your arm, but you basically sit there for an hour and get paid. This is the perfect time to relax for a while, catch up on emails, do some reading, watch some of your favorite shows, or find another way to make even more money while you’re sitting there.

Aside from the easy money, you’ll also be helping out the healthcare industry. Sure, you’re being paid to give your plasma, but you’re also helping the companies make valuable products as well as helping scientists further their research in making new treatments. Most people don’t do it for the intrinsic value, but the reality is that your plasma is going to help dozens of people.

Donating plasma is a great way to get a couple extra hundred bucks every month for sitting in a chair for an hour or so. You can take the sit down time and maybe earn some extra rewards or plan for your next set of money saving ideas.

If you’re a college student that’s looking to get a little extra pizza money or even a business professional that wants to earn additional income on your lunch break or after work, donating plasma is a great option.