It is the dream of every gamer to get paid for playing video games.  I know when I was a kid I though there had to be a way to make this my occupation. 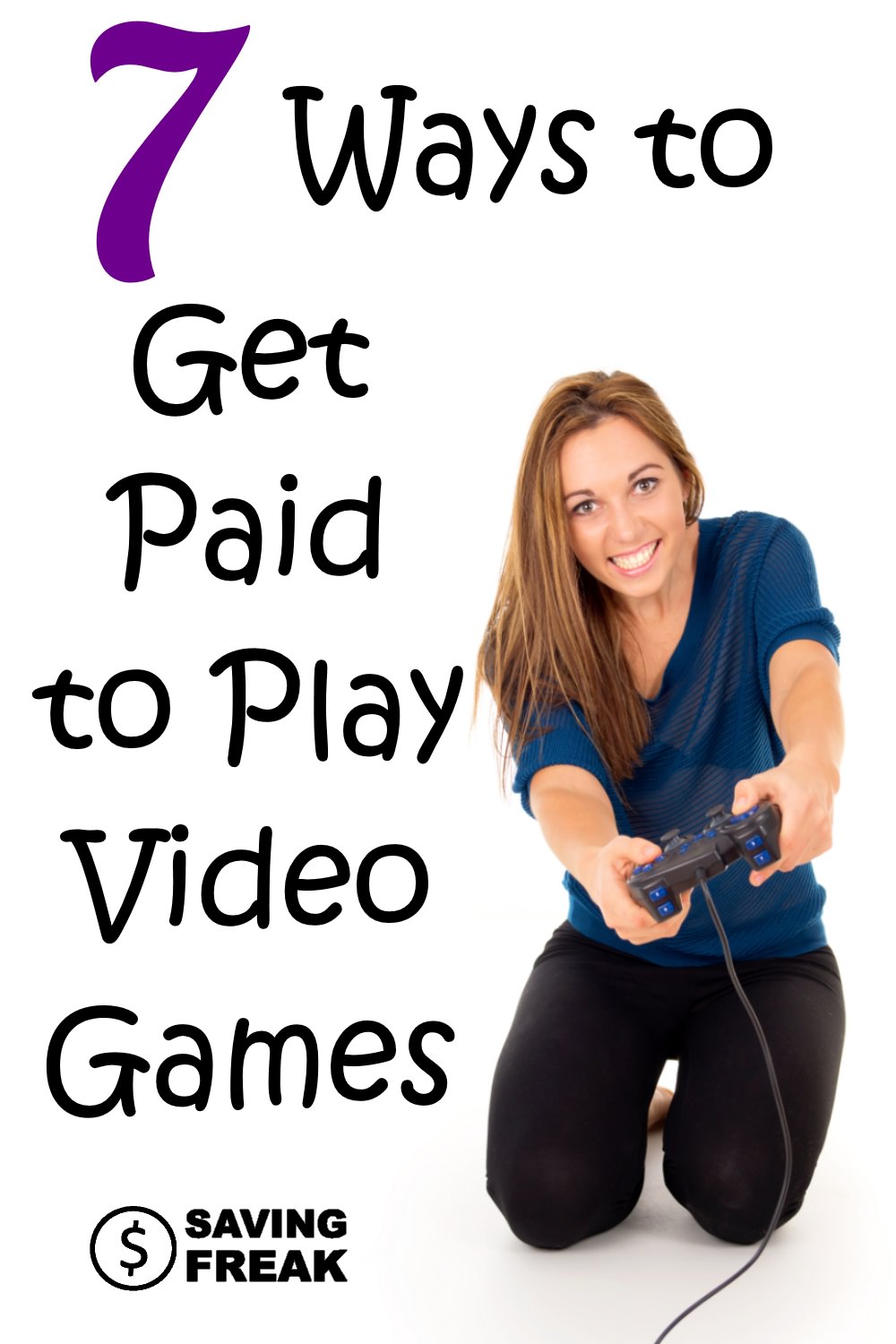 Unless you are a person who can design an amazing game, there aren’t a lot of mainstream options for you to make money in the industry.

The good news is that there are ways to get paid for your video game habit.  Not all of them are super profitable, but if you are going to be gaming anyway, why not get paid for it?

Here are seven ways that I found people can make money gaming.

Most ways that people get paid for playing games require that you have some gaming skills.  These two site will actually pay you for playing really simple games.  Each one has a bunch of different ways to earn money online, but each has a gaming area where you can make some money in your spare time.

Mistplay is the most lucrative of the services that pay you to play games and they offer the best games.

Instead of playing games inside of their platform, like the two following services, Mistplay monitors games that you play on your mobile phone. If you are playing a game they partner with, then you get paid in units for the time you spend each time in those games.

Mistplay also has ways of earning bonus credits that you can read more about in our Mistplay review. Like anything that is paying you to do almost nothing, the pay isn’t great. I am averaging about $1 every one and a half hours.

Considering I play these types of video games to relax every day, Mistplay is paying me for nothing. Swagbucks is one of my favorite rewards websites.  They got famous by paying you to do the same Internet searches you would normally do on Google.  Now they have a ton of different ways to earn money online and you get paid via gift card (Amazon is the one I always choose).  I detail them all in my Swagbucks review.

As a bonus you get $5 just for signing up for a free account.

Inbox Dollars and Swagbucks are direct competitors.  They offer any of the same programs and they both have the option of getting paid for playing games.  Check out my Inbox Dollars review to see all the details of how this program works.

Ways for Gamers to Get Paid for Gaming

So people who not only enjoy video games but are really good at them have much more opportunities to make money.  This makes sense since a person who is good at writing can make more money at writing that someone who writes at a 5th grade level.  Here are the five ways I have found for gamers to get some cash for their addiction.

All the major video game manufacturers will pay people to test their video games.  The job isn’t as fun as you might think.  You can spend all day playing one section of the game to test for bugs and your input on game play is not much of a factor.

You will also need to live relatively close to where the game studios are and you are not going to make much starting out.  If you end up being a very good game tester then you can make up to $50,000 a year.

If you are interested, you can check out Game-Testers.net.  They are connected to most of the largest game manufacturers.

Many gamers look down on people that use strategy guides and walk throughs, but there is a real market for them.

With the internet, available you can now make an eBook on a particular game and then release it on Amazon for $10-$15.  You will need to get it out quickly after a game is released or someone else will release their own and gobble up all the sales.

My son loves mine craft.  So much so that I have to tell him to talk about another subject sometimes.  He will actually sit and watch people walk through different maps and mods on Youtube.

Youtube and other sites where you can watch videos have their own monetization through Google Adsense or other advertising platforms.  If your videos become popular you can make money on the side teaching others about video games.

I went on AccountWarehouse.com to see how much people were selling their WOW accounts for and they were going anywhere from $50 to $600.  Games that you can sell your character on the site include:

So there is a pretty good variety out there of these online account type of games. One way I would consider is if I got tired of a particular game, then sell off my account and move on to the next one.

Farming for Resources and Items

Farming for resources and building up items in any game is a PAIN!!!  It is one of the reasons I have not gotten into Minecraft, World of Warcraft or similar games myself.

Just like buying accounts, there is a market for buying resources and items in these massive multiplayer games. Sites like PlayerAuctions.com have big lists of games where you can purchase the resource.

If you are a person who can generate resources then you have an immediate marketplace to sell them.  The only down side is it usually take a lot of time and effort to get these resources (that’s why people hate it).  Maybe if you train your three year old sister or dog to hit the same button over and over again it could be profitable.

You can make a little extra cash by playing video games, but unless you are a hard core gamer who can score a gig as a video game tester you are are not likely to make a living at it.

That being said, there is definitely enough room in the market to make some side cash and maybe add some extra money into your retirement account or maybe take an extra vacation each year.