“Get-paid-to” or GPT sites are a great way to earn a little passive income or free coupons.

All you have to do is to put in a little time into completing different simple tasks, say participating in a survey, and you get paid for it. Sound too good to be true? Well, it might be the case with specific sites. There’s a surplus of scam sites out there.

Best Paying Get Paid To Programs
UPDATED October 2021 – Use these links to get the best current sign up bonuses for each.

But there are legitimate sites in operation as well. You have to do your due diligence before you take the plunge. In this post, we’ll be taking a look at another promising reward site and find out if it’s worth your time or not – Zoombucks.

How Does Zoombucks Work?

To get started, you need to head over to their website and register an account. Easy as pie. You have to be 13 years or older, and the service itself isn’t geographically restricted. It has a tiered system that creates better earning opportunities for certain countries. 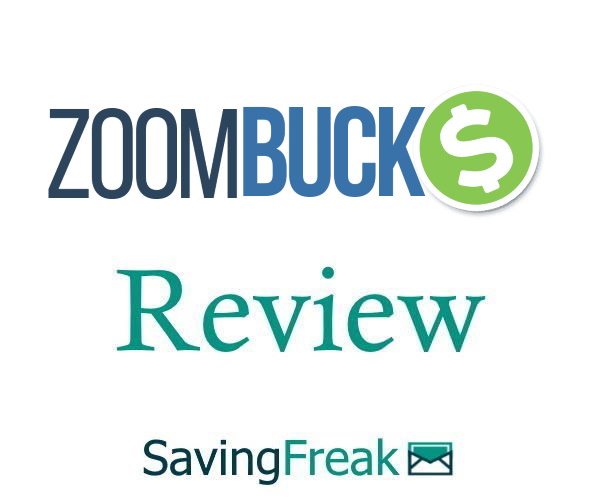 The membership is free, which is something you need to take into consideration. As a rule of thumb, sites which demand a registration fee are more often than not scams.

ZoomBucks doesn’t have a mobile app, but it does have a responsive design which lets you take surveys and watch videos on your phone – a neat way to make a few bucks on the go.

After you’ve set up an account, you can pick from one of the several earning methods. You can either watch videos, participate and complete surveys, complete offers, or download and test beta smartphone apps.

Watching videos is probably the easiest way of earning, which this site offers. You pick a video from any of the given categories and start viewing. After you’ve finished watching, you’ll be rewarded points. The videos are usually 2-3 minutes long but are padded by ads which are often half a minute long. Each set, which includes three videos and their corresponding ads, rewards you 7 points.

Crunch the numbers and 7 points are worth almost $0.007. Earning 7 points can take you anywhere between 7 to 10 minutes. If you extrapolate, it’ll take you a whole day to make one buck. It’s hardly worth your time. I’d recommend skipping this one and going for the other earning methods that pay better.

Next up, we have surveys. Although one of the survey tabs says “‘ZoomBucks Surveys,”’ it is hosted on Survey Routers. It’s the same as most surveys you’d take online. ZoomBucks can boot you out of some surveys, should their algorithm detect that you aren’t the survey’s targeted demographic. If you’re disqualified, you won’t get any points and your time went to waste.

But if you do qualify and manage to complete the survey, you’ll be paid well above the industry average. ZoomBucks also sends you email alerts and notifications whenever a survey matching your demographic is available.

The third option would be to complete offers. These offers feature a range of different activities and task. You might be asked to play a game, sign up to a website, test out a paid survey app or website, or watch videos.

I’ll offer a caveat, though. I’ll recommend treading carefully because many of these sites will ask for your credit card information and other credentials. And if you don’t read the fine print and forget to cancel your membership with those sites, you’ll be billed.

Lastly, there’s app testing. Essentially, Zoombucks lets you download certain apps, and you have to keep them on your phone for a designated period. After that duration, you can uninstall the app if you want to and claim the reward points.

There’s also a referral program, but the payout for getting a friend to join is minuscule compared to other reward sites I’ve reviewed in the past.

Unlike most legitimate reward sites, ZoomBucks offers a paid membership option that boosts your earnings by 90%. But since they’ll charge you anywhere between $5-$60, it’s probably not worth your while.

Yes, Zoombucks is a legitimate get paid to website.

Best Paying Get Paid To Programs
UPDATED October 2021 – Use these links to get the best current sign up bonuses for each.

It offers you a varied selection of earning methods. Some of them pay well, while others, not so much. You won’t be making an income off it, but it is legit. And I’ll recommend giving it a shot.

ZoomBucks has a low withdrawal threshold — $3 to be exact. Once you’ve been awarded 3000 points, you can request a payout, and you’ll be compensated within 48 hours. 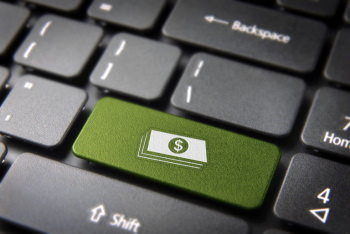 That’s an incredibly short time for a GPT site. Besides, a low threshold means you can get your payouts more often without waiting for too long.

As for the payment methods, you can have your earnings transferred to your PayPal account. You can also opt for a variety of gift card options. Any gift card you select will be promptly delivered to your inbox.

Launched in 2014, ZoomBucks is a subsidiary of The Marketing Group Inc. It’s the same parent company that also owns GrabPoints. It was founded by Michael Nyby and Vikas Tailor, and they launched ZoomBucks, GrabPoints, and Earnthatbuck, shortly afterward. Ever since its membership has grown to over four million active members.

Zoombucks is one of a large number of GPT programs. Here are a few of the options available:

Zoombucks is one of the more highly regarded rebate websites. It has mulitple ways to earn and some methods will make you feel like you are getting free money instead of earning it.

Overall this is a site worth checking out and comparing to other you may already be using.